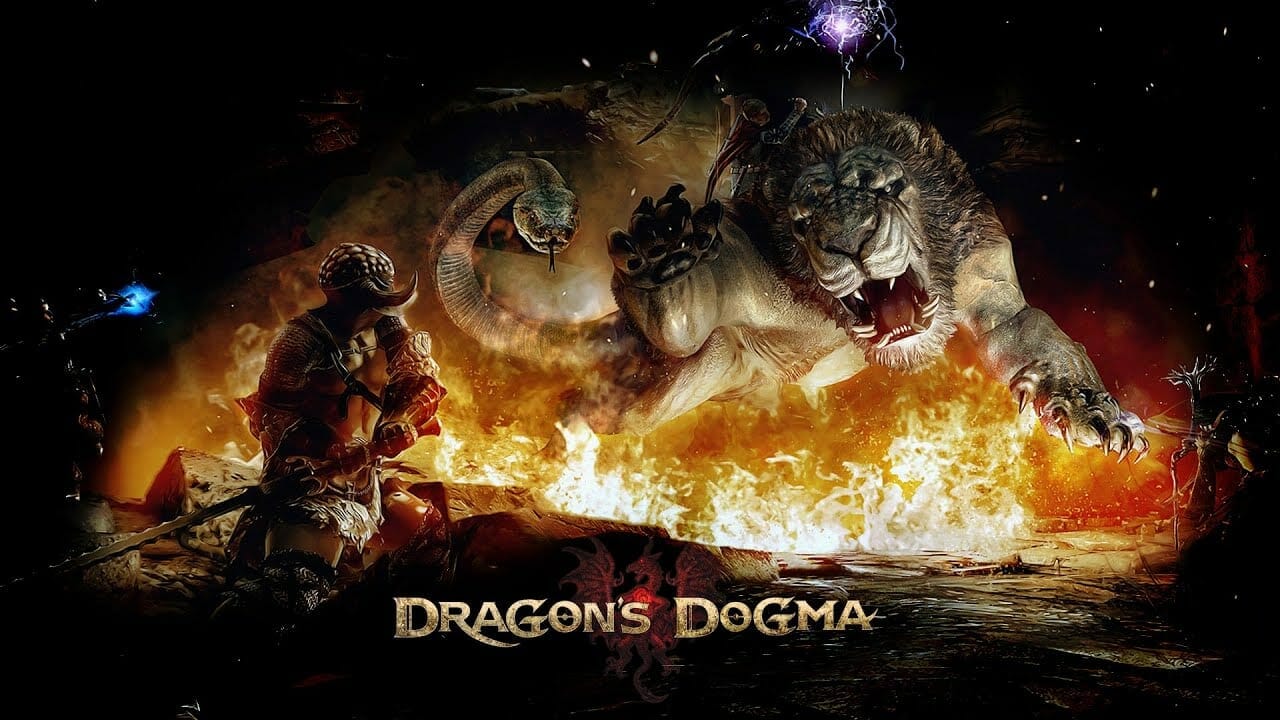 Dragon’s Dogma wasn’t just about launching a new IP – we wanted to present a new take on very familiar fantasy/RPG themes, with an action focus that leveraged Capcom’s console heritage and would give context and coherence to complex features, gameplay and story.

We started with research that focussed on positioning – the development team had stated that they were trying to create a new genre, bringing Capcom’s action experience and console heritage to RPGs, and this was our starting point; action, combat, and accessibility. Itsuno and Kobayashi call outs at the start of each trailer would reinforce the game’s action credentials and grab the attention of non-RPG fans.

Taking the fantasy-genre standard and turning it on its head, we saw that there was something unique in the fact that the hero was never a slave to “destiny” – this was a game where decision-making and customisation had real consequence – our proposition “Four Warriors. One Heart. Infinite Possibility” defined our approach, a core thought which we could demonstrate could develop across all assets – print, pack, video content and TV.

Strategically, we proposed a campaign roadmap that tied features to experience and world – potentially complicated design aspects like Pawns were shown in context of the game universe – the entire campaign was developed to suggest depth, possibility, and evolution of messaging.

Unpicking a knotty positioning problem and really engaging with the thinking and ethos behind the game gave us a chance to get multiple stakeholders on board, and created real efficiencies in terms of getting North America, Europe and Japan engaged and agreed on a direction as early as possible.

Ground breaking co-production methods and liaison between the Capcom US, Capcom Japan and Maverick helped build trust and confidence – with filming and capture taking place in Osaka and London the relationship between marketing team, developer and agency couldn’t have been stronger or more supportive, with over 250 separate assets delivered to date.

“You have no idea how rare it is to have North America, Japan and EU all on board…Result = GREAT!”