The chaos of war came to both the Marvel universe and Maverick HQ, as we were briefed on Marvel and D3 collaboration Marvel Puzzle Quest. We have been thrilled to work on this prestigious IP! 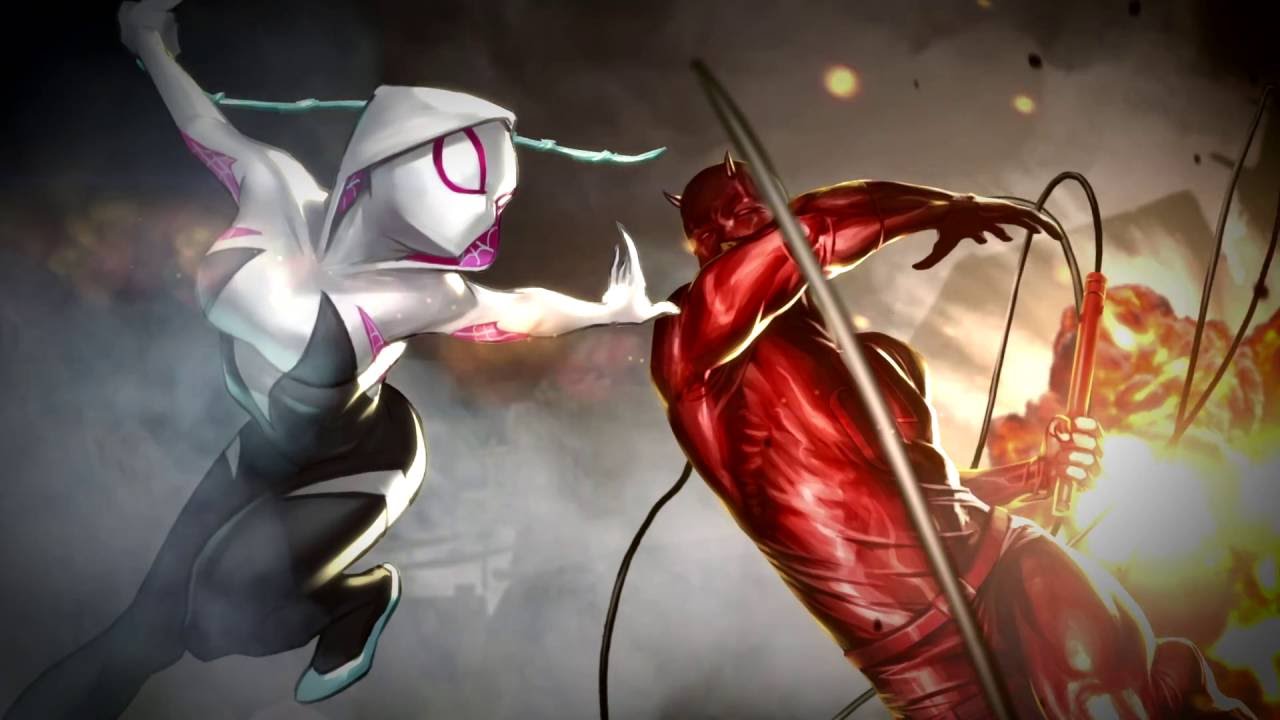 Our challenge however, wasn’t defeating a villain or saving the World – it was how to create a cohesive and exciting campaign for Marvel Puzzle Quest’s Civil War event, whilst working with both D3 and Marvel, and a group of established and well-recognised superheroes. So how did we do it?

Our campaign for the gameplay trailer features the main protagonists of the storyline, set up in the midst of epic action. Constantly relating back to the storyline of Civil War, the heroes are just about to clash – and this build up of energy was the main driving force behind our campaign.

As our campaign featured such well-known characters, it was important for the heroes to be, well, in character. At the same time, our brief wanted a fresh new approach to create excitement and establish the event with a distinctive campaign. We kept the heroes using their signature moves throughout, but used a combination of hand-crafted 2D artwork with 3D elements throughout our campaign, creating a cohesive and easily recognisable style.

The Key Art balances this concept; the heroes are easy to recognise amidst the backdrop of destruction and chaos, but are facing off against each other. This composition is complete with the key stars of the storyline, Captain America and Iron Man, taking center-stage.

The Key Art comes to life in our campaign trailer. With a dramatic voice-over staying true to the humour of the Marvel Universe, super slow-motion is used for both a distinctive animation style, and to create a sense of slow build up. Heroes are revealed individually, teasing the viewers, before the energy is released with the reveal of the Key Art.

We chose key phrases from the trailer for the app screenshots that were to both excite the player and demonstrate the features of the game event. Although gameplay imagery was used, we kept to the campaign’s caption style, colours and font to create cohesion. Our app icon ties it all up. New art is used, showing 3 of the Marvel heroes in close-up to draw the viewer in. The 3 characters are all amongst the most popular of the heroes, and also allowed us to use the campaign’s dominant colours – red and blue.

The trailer was released on both D3’s website and Marvel Puzzle Quest’s YouTube channel, with the screenshots, and icon rolling onto the App Store and Google Play soon after.