Ninja Theory came to us just weeks before E3, seeking out punchy social media trailers for its new ambitious fighter title: Bleeding Edge. With loads of high-energy gameplay to cut from, we couldn’t wait to get cracking. 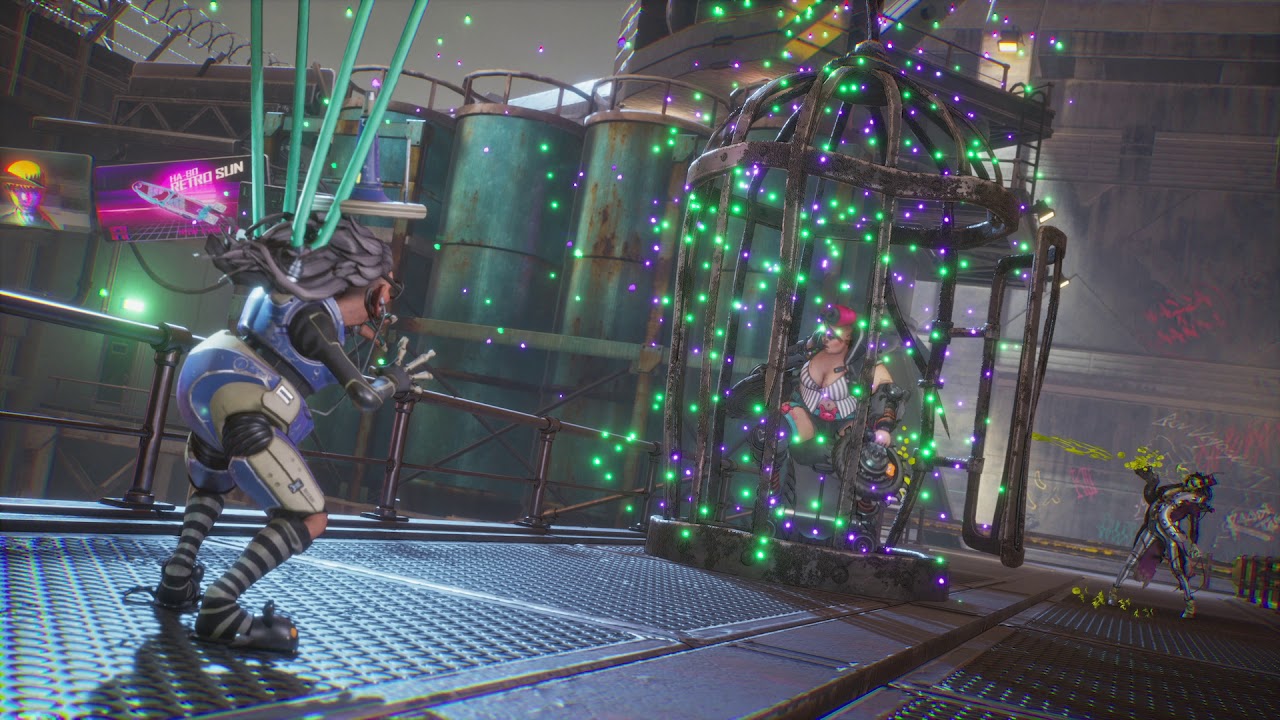 “The Maverick team were nimble, smart, dedicated partners who not only nailed the cut-downs, they did so with humour and uncompromising quality and attention to detail.”

Ninja Theory already carries a number of poignant games under its belt, including Hellblade: Senua’s Sacrifice, so when we were asked to create the social media trailers for its brand-new IP – Bleeding Edge – we knew it’d have to pack a punch.

Bleeding Edge is a 4 v. 4 melee game, bursting with bright and bodacious characters that all offer something unique to the player. To make waves on social media, the Bleeding Edge social trailers needed to be short – 15s and 30s retrospectively. Packing all the action of the full-length trailer into shorter segments was tricky, but nothing Maverick couldn’t handle.

After combing through the trailer, what we considered the “best bits” were chosen; sequences of animated gameplay that featured peppy punches and mettlesome moves that would be sure to get the public excited. These clips were expertly edited together, to seamlessly play alongside the rip-roaring soundtrack provided by Ninja Theory.

With the title being announced at the highly-anticipated Microsoft E3 conference, the social media trailers had to align exactly to the strict deliverables provided by Xbox, with careful attention being paid to the ESRB guidelines, audio WAVs and splits and the Xbox mnemonics – which had to faultlessly fade into the rest of the trailer.

“With a very short timeline and very little context on the project, Maverick was able to turn around some great social edits of our main trailer – delivered on time and to a very specific spec.”